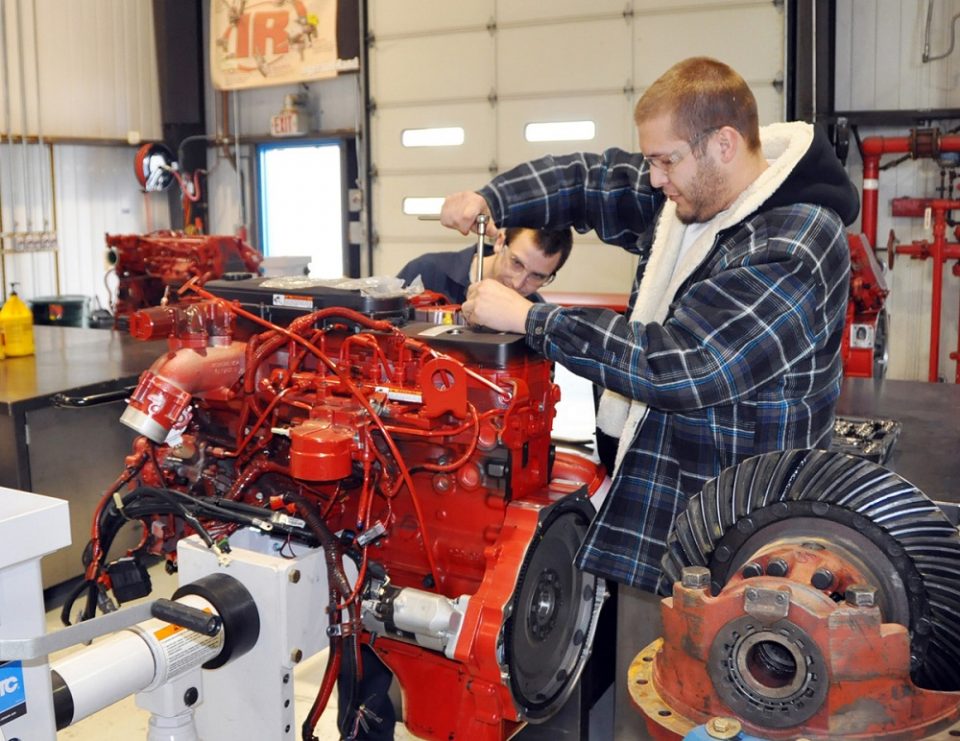 You have probably never wondered how a giant truck manages it up a hill because this is a thing that happens every day. However, think about it for a moment. How is it that something as heavy can be lifted against gravity using nothing but some liquid? Remarkable, is it not? The diesel engine is the power behind such trucks and other machines like submarines and trains. It resembles an ordinary petrol engine but it is able to generate more power, efficiently.

The diesel engine is an internal combustion engine. The fuel is burned inside the cylinders to produce power. This means that the engine wastes little energy since heat does not need to flow from a separate production point. Everything, in the gasoline engine, happens in one place. Like with ordinary engines, if not properly serviced, the engine can become defective, affecting the whole machine.

Problems of the filter and fuel tank

Many diesel engines have the initial problems start at the fuel tank. For example, the filter could become clogged by tank sludge. From there, the engine starts to smoke and destroys the injector pump. The sludge results from a buildup of bio-film and debris. When the buildup goes unnoticed, it coats the tank engine and moves through the filters into the engine. Consequently, the engine is contaminated. In fact, bacteria and other microorganisms may begin to grow.

Problems with the fuel injector

Closely related to the fuel tank is the injector which can prove disastrous if it fails. Note that new models of diesel engines are much more likely to encounter this problem because they use injectors that are common-rail. These injectors fire a lot during one engine cycle. This means that they are more prone to wear and tear.

Additionally, different from other injectors, the new injectors use a lot of pressure to transfer fuel through small passages. This increases the risks of the injector pump failing. Issues that can follow such a failure include excessive injection, zero injection or high internal leakage. This means that you will be unable to run the engine if the injector is not working properly.

If water leaks from a fitting over the engine, it can cause long-term damage that ends up affecting the whole system. Note that few to none of the electrical equipment within the engine are waterproofed. What is more, the terminals can get corroded, leading them to fail. As if that is not enough, the drive belts pick up the water from the leaks and spread it over the compartment of the engine.

Diesel engines normally use more oil than petrol engines. The color of the new oil quickly turns black and so this should not alarm you. However, you need to be careful to use a dipstick to determine the level and the condition of the oil. A high level of discolored oil is proof of oil that has been contaminated with water. Contamination could occur because the seal or gasket in the engine has failed.

If you have walked behind a diesel truck you might have noticed the smoke. The expectation that such machines will produce smoke makes it hard to notice when the exhaust is failing as one assumes it to be normal. If the odor is unpleasant and choking, there is a problem. The fuel to air ratio could be unbalanced. Alternatively, it could be a faulty injector pump, EGR valve or turbocharger.

How a diesel parts dealer can help

When it comes to fixing problems with diesel engines, one needs a solid grasp of the workings of the engine. No one is well acquainted with it like the diesel parts dealer. The dealer can access the problems and recommend a solution. Sometimes it could be as simple as changing a plug or the oil while other times the problem may need a little more attention. If you are having issues with your diesel engine, speak to your local diesel parts dealer to see how they can help you with common diesel engine problems.

6 Tips for Packing and Moving Your Bedroom Items

A Homeowner’s Guide to Identifying, Preventing and Controlling Possums

Get to Know All About the Auto Repairs

Top 7 Tips to Buy Second Hand Tyres For Your Needs

Everything You Need to Know About Car Logbook Servicing