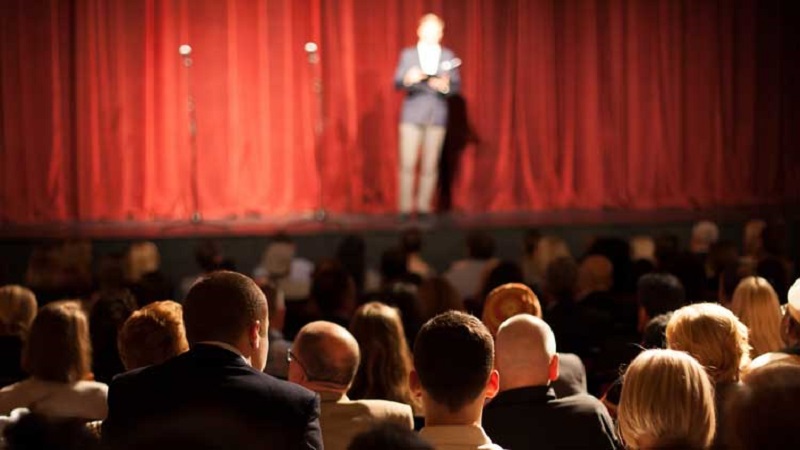 Comedy is bigger than ever these days, as an article in Forbes reports. The comedy club industry has been steadily increasing – from 2013 to 2018, revenue rose nearly 17% thanks to the increased exposure of comedians in pop culture. These days it’s much easier for comedians to develop a big fan base and get noticed due to video streaming, podcasts and social media.

If you’re hoping to become one of those ones that get noticed, you’ll want to get the skills highly tuned before you go out to try and steal the show.

One of the best ways to practice your skills is to join an improv group and learn how to go with the flow. With improvisational comedy, there is no time to analyze your jokes and rewrite them. You have to learn to trust your gut and your humor. Being part of an improv group can also spark many great ideas for stand-up jokes too, not to mention that’s it can be an ideal way to network with other comedians and build friendships with those that have similar interests.

If you aren’t yet booking tours or regular gigs at your local comedy clubs, be sure to start attending open mic nights as frequently as possible. This will allow you to practice your jokes on a real, live audience. You’ll be able to discover what works and what needs fine tuning. Ask a friend to come watch you and record your stand-up, that way you can see what the crowd sees and be in a better position to refine your skills.

Being funny comes naturally to some people until they get on stage and hear crickets in the audience. Often times this comes from trying too hard and not being yourself. Use personal stories and don’t be afraid of what the audience may think, just go for it. Personal situations often make the funniest jokes, because oftentimes many people in the audience can relate. Of course, you’ll want to have an idea as to who your audience is ahead of time, too – for example, certain jokes in Los Angeles may not go over as well in Little Rock. Choose a point of view, one that is truly you, and stick to it. Are you cynical, sarcastic, clean humored, dark, or political? Take a tip from Kelly McInerney who is known for her brutally honest humor.

Keep a notebook with you. You never know when a joke will come to mind. Get into a flow of writing and don’t look back. It’s best not to analyze your jokes while you’re writing them or look back to see how far you’ve come – just stay in the flow, writing until you have nothing left. You will probably need to go back and edit, but you’ll get more material than if you would have stopped, analyzed, edited, and tried to start again. You first want quantity and then by rereading and performing, you will get quality.

Have An Elegant Counter Basin And Beautify The Bathroom With Perfection

Tips for a Beginner to Play the Ladies Indoor Netball