For most people, filing for Chapter 7 bankruptcy relief is a final resort to avoid being forever economically “broke” in the financial sense. With finances, when you are broke beyond broken you are at the point where filing for bankruptcy may be the only alternative left. 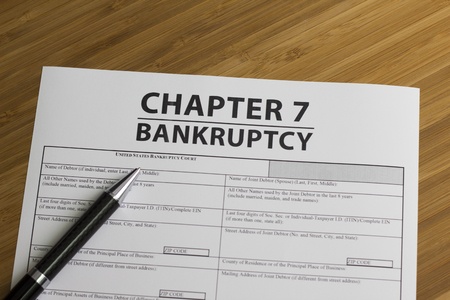 In the fast-paced world, we live in today, there are many situations – divorce… the loss of employment… unexpected illness or injury, and others – that leave people on the brink of financial ruin. Sometimes people are hit with one or more financial disasters at the same time, leaving them with few positive alternatives. One alternative that has been around since near the beginning of the Twentieth Century is Chapter 7 Bankruptcy.

Chapter 7 Bankruptcy is known as liquidation bankruptcy. At the end of the Chapter 7 proceedings, in the phase known as discharge, the qualifying debts of the Petitioner are virtually “wiped off the creditors’ books”. In the end, a Chapter 7 discharge gives the debtor a “fresh start” regarding their finances and credit records.

As with many endeavors, bankruptcy comes with certain costs and fees that most broke debtors cannot afford. Those who are “too broke to file for bankruptcy” have few alternatives – but – there are a few that may be available.

One way to avoid bankruptcy is to find yourself in the position of being “judgment proof”. Those who may be in this category have income that is protected – social security benefits or pension benefits that are legally protected – AND little in the way of real property and other assets that could be liquidated in bankruptcy. Being judgment proof lets you tell creditors, “do not contact me again” and get away with it.

Another way to get into bankruptcy “on the cheap” is to take advantage of legal services that are free (pro bono services). In many states, debtors who fall below the official poverty line qualify for pro bono assistance from a local bar association or Legal Aid Society.

Another course that might be available to some debtors is to see if they qualify for a waiver of bankruptcy filing fees and related costs. People in this category file a pauper’s petition with the Bankruptcy Court seeking appropriate fee waivers that will allow them to proceed.

Finally, in some instances, a poor debtor who is gainfully employed might consider stop making payments to creditors and instead use one or more paychecks to hire a bankruptcy attorney. The most immediate advantage of this would be to file a bankruptcy petition that would have the immediate effect of staying (i.e. stopping) all further credit collection efforts. A stay in bankruptcy stops all wage garnishments, property foreclosure actions, repossession efforts, and other creditor collection attempts.

The “automatic stay” that accompanies the filing of a Chapter 7 Bankruptcy petition is of real value to broke and financially strapped debtors. However, the stay only attaches if the debtor can afford the filing and attorney’s fees. Many debtors stop and go no further toward pursuing bankruptcy because of those considerations. Those in that boat should consider the following possible alternatives to get an attorney and proceed with filing:

A lawyer retained for bankruptcy may require all fees upfront. Some, however, will take a small down payment and allow a strapped debtor to pay the balance over time (no lawyer, however, will file an actual petition without full payment because unpaid fees would be dischargeable in a Chapter 7 case). The main advantage to the debtor in paying over time is having the lawyer field creditor calls pending the filing of a petition. Creditor calls and other forms of harassment can only add to the stress a broke debtor is feeling pre-bankruptcy! A retained lawyer will help to reduce such stress.

In some cases, a debtor may be better off foregoing the services of an attorney by filing a petition as a Pro Se debtor. A debtor is not required to have an attorney in a bankruptcy case. Generally, debtors who have a simple Chapter 7 case will be in a better position to self-file their own petition and carry the case forward on their own. A “simple” bankruptcy would be one where the debtor’s income is below his or her state’s median income level, there is little or no property in the debtor’s estate, most listed debts will be dischargeable, and creditors are not likely to allege fraud on the part of the debtor.

The drawbacks to self-filing and self-representation include the amount of research required of a novice to avoid pitfalls and snags in the process. Additionally, bankruptcy requires the completion of many forms that are not easily completed by someone unfamiliar with the process or the forms. Additionally, a Pro Se litigant in any court proceeding must still follow all the rules and procedures required of licensed attorneys doing the same work.

As noted earlier, for those who qualify because of limited assets and income, legal aid clinics and societies – and some local bar associations – offer free help to debtors who qualify. This type of assistance can be invaluable to those who cannot afford to hire an attorney for a rather simple bankruptcy case. Those who are “broke” or nearing that level – as opposed to those whose financial circumstances are markedly better – should consider all these alternatives when testing the bankruptcy waters. After all, what else does a broke person have to lose? 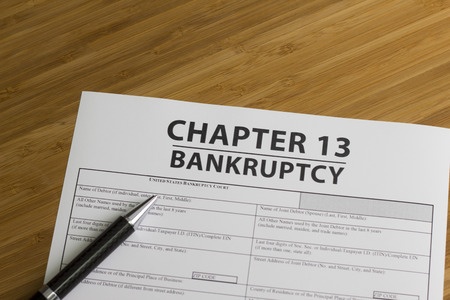 Finally, if Chapter 7 Bankruptcy is beyond the means and the ability of certain debtors, the alternative of filing in Chapter 13 may be a reasonable one. As noted earlier, this “repayment bankruptcy” would at least allow a debtor to include overtime payments for attorney fees and costs to be included in an approved repayment plan within the proceedings (if, however, the debtor’s attorney agrees to periodic payments over time).

Sometimes, a less-than-ideal choice is a better solution than having no choices at all. A “broke” person could probably tell us that better than anyone else.

How To Decorate Your Lovely Garden

Are Forex risks worth trading for?