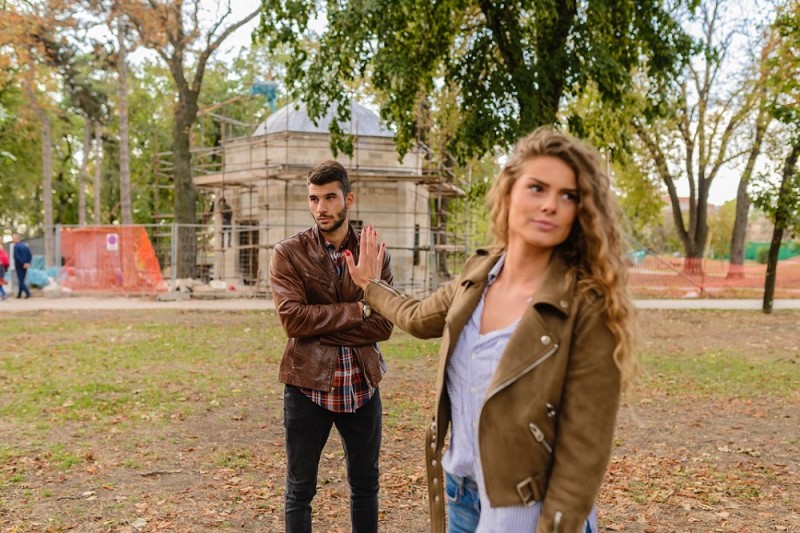 Sometimes it’s difficult to control our feelings. It’s possible that we might fall in love with our close friend but we don’t know whether he shares the same feeling or not. It’s a dilemma we never wanted to be in. We know that if he doesn’t reciprocate, then the friendship won’t last – too many secrets have been spilled already. But then there’s always a chance – we don’t wish to miss out on opportunities.

Maybe he’s just waiting for you to make the first move. It’s a difficult choice and the choice is yours completely – but don’t let your feelings get the better of you. If you really feel like there something present between you and your friend, look out for these signs. If he does these, then he cares for you a lot but doesn’t love you.

Chances are that if you reveal your love for him, he wouldn’t reciprocate and your friendship will be in jeopardy. You wouldn’t want that now, would you? Check out, and if your friend has all these signs – try to find your romantic partner in other men:

1. He calls you her sister

He loves you and cares for you but he often refers to you as his sister. He doesn’t look at you romantically but showers you with brotherly love. It’s not really the intimate sort of care but it’s something you would like – from an adult family member.

2. He doesn’t hang out with you alone

He will call you and hang out with you but only when both of you are in a group. You don’t go out with one another – there are always many people around you or one extra person. He just doesn’t wish to be in a position where either of you can get intimate with each other.

3.  He talks about other girls

He doesn’t mind sharing with you his stories about other girls. He wants you to listen to his problems with other girls as a friend. He trusts your advice – but he doesn’t love you.

When you go out with other men or talk about the people you have a crush on, he doesn’t show any signs of being jealous. On the other hand, he will encourage you and motivate you to be in a relationship. He’s happy for you, but not in the way you’re thinking.

5. He doesn’t want to impress you

Whenever you are with him, he’s frank – blatantly frank. There’s no need for him to create an impression around you – to impress you. He is his real self and he doesn’t want to put on any romantic self to sweep you off your feet.

He’s not the person who wants to initiate any conversation. If he needs something, that’s the only time he would talk to you. There’s never a text or a phone call to check how you are doing.

When a person likes you, he will make the move to ask you out. If some time has already passed, and he hasn’t made the move yet, then he doesn’t want to make a move – he isn’t interested in you.

Friendships are special, don’t let your feelings ruin it. Sometimes relationships are not meant to be – but friendship is another universe to explore and cherish. Don’t hurt yourself by losing a friend. For the rest – the choice is yours.

Why Should You Go for Glass Window Replacement?

Amazing Tips to Help You Sleep Better At Night