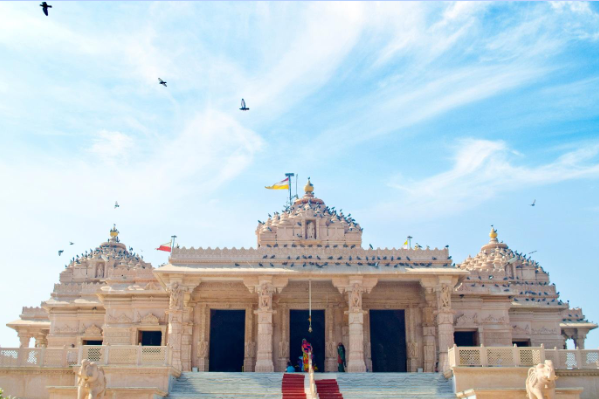 Rajkot is a beautiful city of the Western state of Gujarat. It is located on the periphery of Nyari and Aji rivers. The city has been the seat of the Jadeja rulers and was built by Thakur Saheb Vibhaji Ajoji Jadeja in 17th century AD. It is a developing city of the nation and is famous for gold jewellery, silk work and parts of the watch. The city ranks in the top 10 cleanest cities of India. It is a must-visit destination for people coming from busy cities like Mumbai. Travelling through the air is the easiest option if coming from Mumbai. Mumbai to Rajkot flight ticket can be booked online for yourself and your family because the city promises to show you the best. Here is a list of some famous attractions of the city.

The colonial history of Rajkot and the history of our nation have been depicted in the Watson Museum. Many rare and precious collectables from both the periods have been displayed here. The beautiful pictures of the Royal Princess of Saurashtra have been housed here along with the paintings from the Indus Valley Civilisation. The focus of the museum lies mainly in the history and culture of the human race.

As the name tells, the dam has been built on the river Nyari. The busy city of Rajkot can be seen from the dam along with bird watching. It is a vibrant picnic spot with its own poise. The peaceful place is also responsible for meeting the water demands of the city.

Over 1500 dolls from around 100 nations have been displayed here. The dolls bear the flags of their respective nation. The country to which the particular doll belongs, its traditions and culture have been written next to that particular doll.

Aji Dam is built on the river Ajia and is maintained by the municipal corporation of Rajkot. It is an ideal picnic spot due to the presence of a zoo and an amusement park around it. The main aim of the dam is to keep the city clean and green by maintaining an ecological balance.

The cathedral architecture of the temple with a Hindi Name is dedicated to The Sacred Heart of Jesus. The five domes of the cathedral are dedicated to five religions, and inscriptions from each of the religion adorn the domes. The main dome has the cross and a lotus. Imprints of Christianity, Buddhism, Islam and Hinduism can be found here.

The Universal Temple covered in red stones is dedicated to Ramakrishna Paramhansa. The main idol of the temple in marble is sitting on a lotus flower. The temple holds significance for all the main religions of the country hence it is called as the Universal Temple.

Kaba Gandi No Delo is the paternal home of the Father of the Nation, Mahatma Gandhi. The place holds historic importance and has now been converted into a Smriti Museum. One can see the picturesque representation of his life with his family during his early phases of life.

The beautiful lake is situated on the outskirts of Rajkot city and is famous for a variety of birds, both local and migratory. Some of the most spotted ones include rosy pastor, pelican, pheasant tailed jacon and the purple moorhen.

The commercial hub of the city is known for its amusement parks and rides. Chevdo is a snack for which the garden is famous for. The place is always filled with people going in and out.

The group of three caves are carved out of limestone and speak a lot of the carvings and sculptures of the Buddhists. A chaitya and a Stupa adorn the entrance of the cave.

So, this was a list of all the major attractions one can explore in Rajkot. Just make sure to book Mumbai to Rajkot flight ticket in advance when planning the tour.

All You Need to Know About Temporary Graduate 485 Visa Australia

Four Guiding Tips for The Selection of The Asbestos Removal Company

Things to Know About Different Kinds of Gas Caravan Stoves

Interesting And Useful Facts About The Sports Court Construction